Tag Archives: Getting a new nose

I originally posted this on April 7, 2013.  My sinuses have been one of my biggest nightmares since the mold first decided to take up housekeeping in them.  Surprising (knock on wood) after all the exposures I received while being with my dad my sinuses have remained healthy while the rest of my body is still protesting.

Ok – we all at some point we all wish we could change something about ourselves.  I have never really considered changing my nose although it isn’t a perfect nose.

I am not talking about wanting a new nose because of the way mine looks.  I am talking about exchanging it for a healthy nose, one that didn’t get invaded by aspergillus from my sick building at work and one that doesn’t get infected more often than I would like.  While I am grateful the infections are no longer defined as osteomyelitis (bone infection) requiring IV antibiotics, they are painful and frustrating none the less.

At one point I joked about getting a silver nose like the villain in the movie Cat Ballou.  Thinking, mold couldn’t grow in the silver.

Or maybe I could exchange my nose for one of these below.  They are all nice looking noses if they didn’t come infected with mold.

Or maybe I would try to see about getting Elmo’s nose. 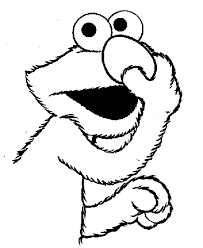 A friend back in the beginning used to joke with me about how to get rid of the fungal infection.  Her husband was an AG teacher and they also lived on a ranch.  She told me she would just go and get some Dursban and pour it into my sinuses.  Of course we were just joking and whenever I complained about my sinuses she would offer to run and get some and then start laughing.  Can you imagine putting that in your sinuses?  Not me.